Every child needs the mother but every child needs the father the most. Fathers should not and cannot be neglected after he is your first superhero who is always ready to take responsibilities and struggle for their children, just like a mother he also works effortlessly to fulfill his children’s needs and also spend time with them. Importance of fathers should never be ignored as also they provide more than half of their child’s genetic. It is true that the father is his daughter’s first love and son’s first hero.

Father’s Day is celebrated by families all around the world, on this special day fathers are being showered with gifts, presents, well this special day’s history is quite long, so let’s see how did it originate.

It started with Mother’s Day, it was celebrated during 1860’s, it was considered a national holiday in 1914 and it paved the way for Father’s day. In 1908 when a church in West Virginia held a talk event to honour 362 men who were killed in a coal mining explosion in its previous year. It was the first time in this country that they had honoured fathers but it was just for a day. Following the year a woman named Sonora Smart Dodd hoped to celebrate father’s day and make this day as a national holiday so that she can honour her father who was a single parent and civil veteran who raised her and her five siblings, not only hers but wanted to honour all fathers the same way mothers are being honoured. She petitioned her government and the local community, after a lot of quests her home state Washington celebrated father’s day on June 19, 1910. She wished to celebrate father’s day on June 5 as it was her father’s birthday but due to some planning issues and difficulties date was shifted and she started receiving letters of appreciation for her efforts. It took more than 60 years to actually realise father’s day as a federal holiday, in the 1920’s and 1930’s a national movement happened to rid both Mother’s Day and Father’s Day and replace both with one Parent’s Day!! Some men thought it as a commercial stunt whereas others thought it as an attempt to squash manliness.

Father’s Day gained new momentum in the 60’s and 70’s and during the Vietnam War. President Richard Nixon made Father’s Day official in 1972, called upon all the government buildings to raise the American flag to acknowledge the day. Dodd was recognized as Founder Of Father’s Day died 6 years later.

Today Father’s Day is celebrated on different days in different countries with many celebrations taking place in June. It is celebrated to honour fathers, their fatherhood, paternal bonds and efforts of male parents towards the family. It is not only celebrated for fathers but also grandfathers, paternal and maternal uncles, elder brothers and even those uncles who are like father figures and have taken care and supported like fathers. Fathers have and should have an equal responsibility to take care of their child. Usually, it is been thought that only mothers have the responsibility on their but in today’s time, men are spending more time with their children and helping in house chores than ever before.

In the case of the history of father’s day, how Dodd’s father singly brought up his children without anyone’s help that made his daughter Sonora realised how her father was a hero for her.

We should all be thankful to our fathers who have supported and protected us and also with whom we share dad jokes and do silly things, our lives would have been empty without their humours, especially when they give deadly looks to their daughter’s boyfriend.

Our Dads are special!!! 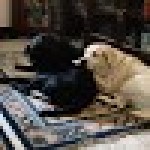 The Most Beautiful Sunset Of Switzerland | The Swiss Adventure